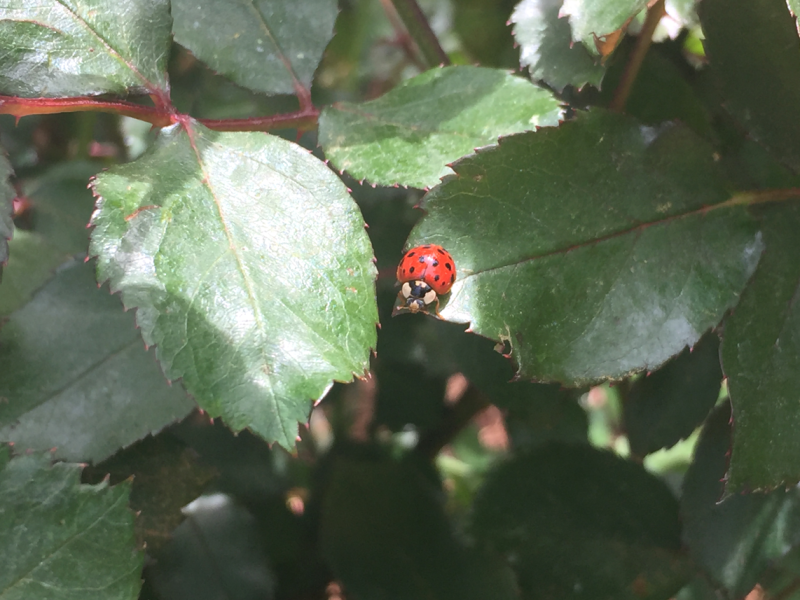 If you’ve been gardening long, you appreciate ladybugs like me.  Beyond the fact they are cute and cheery, they actually serve an invaluable role in protecting our plants.

In late February the ladybugs (also known as lady beetles, Coccinellidae) came to my rescue in the greenhouse.  My young seedlings were just coming on and the tropical hibiscus that overwinter in the greenhouse had plenty of new flower buds, so the greenhouse was like an all-you-can-eat buffet for the pesky aphids.  What started as a few, became an epidemic quick.  So rather than get the pesticides, I ordered a few hundred ladybugs online.  They arrived in just a few days and couldn’t wait to crash the aphid’s party. 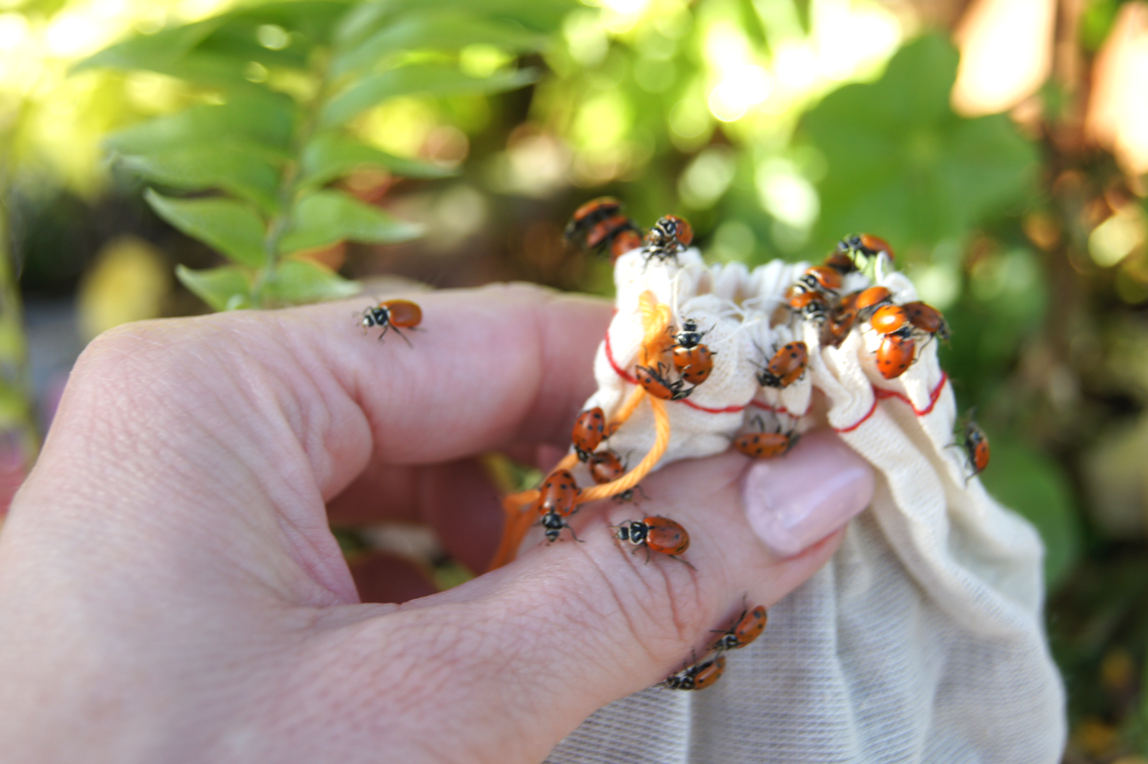 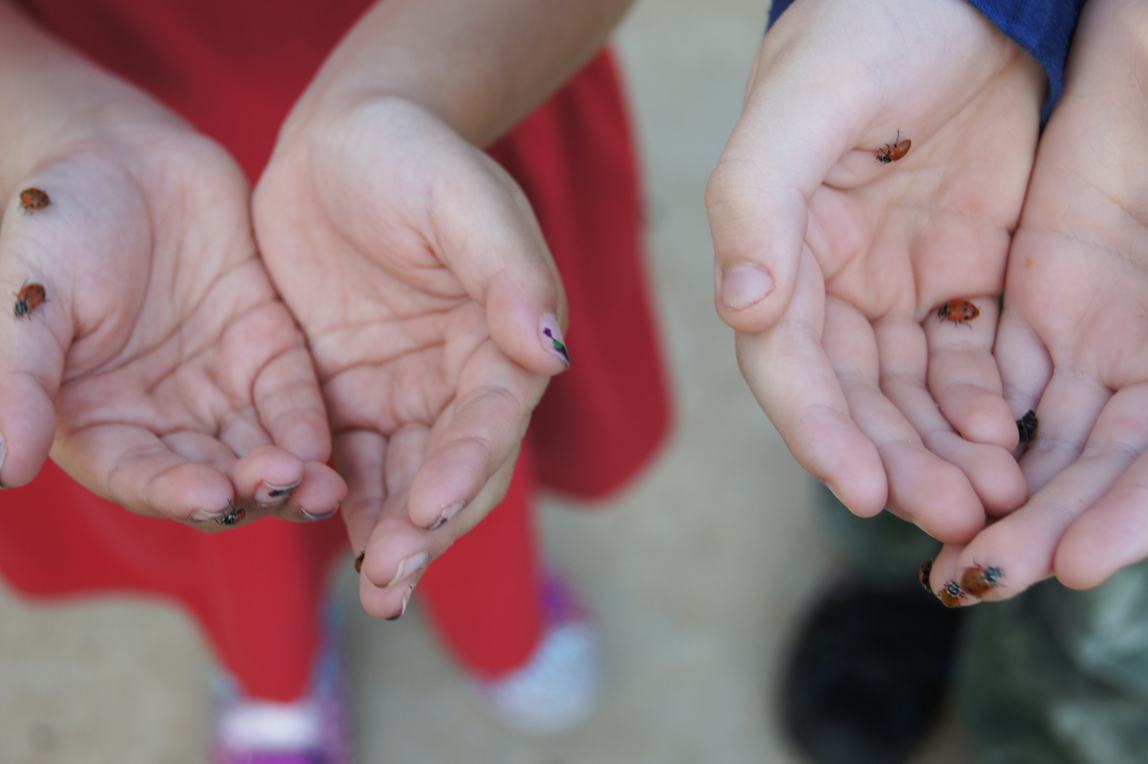 The kiddos loved releasing the ladybugs inside the greenhouse.  We only released a few dozen at a time over a two week period.  (In a greenhouse, they are somewhat captive and it’s fairly warm so releasing them in the middle of a February day is fine.  You wouldn’t want to use this tactic in the garden.) We watered all the plants well and then released them. The ladybugs are thirsty when they finally have freedom, so they liked the drops of moisture on the plants. (Note: don’t water your ladybugs… they will drowned themselves in the smallest puddle…. believe me, we have first hand knowledge.)

We sprinkled the ladybugs near the base and on the leaves of the infected plants.  They started munching immediately.  Yes, I’ll admit it…. I loved watching the ladybugs devour the aphids.  Below an aphid becomes a ladybug’s lunch.  The ladybugs will systematically search out the aphids. 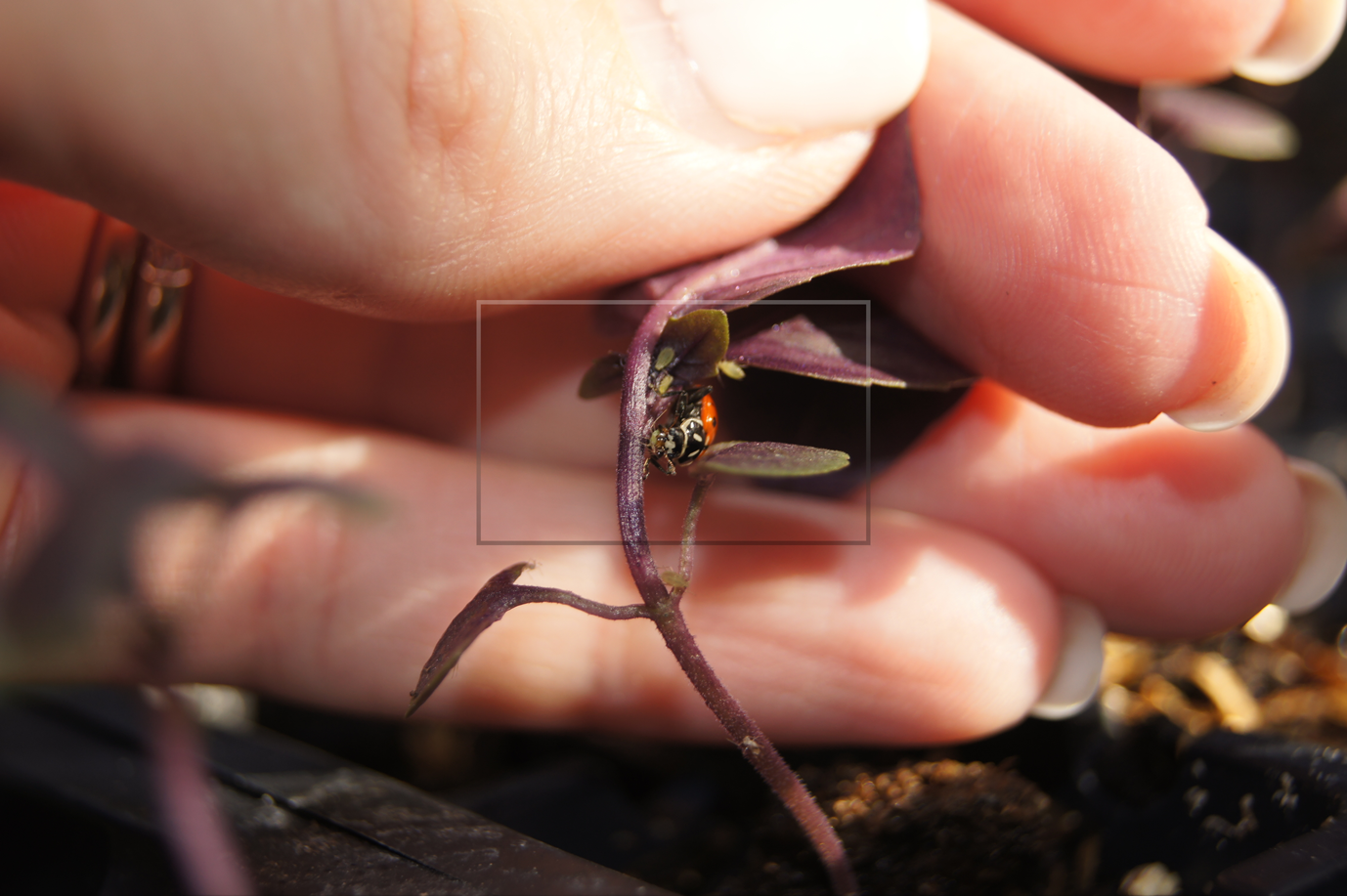 I did store some of the ladybugs for two weeks and released them in my gardens on a warm March day.  I simply had too many for the greenhouse, but I didn’t feel confident about them surviving or staying in the gardens so early in the spring. 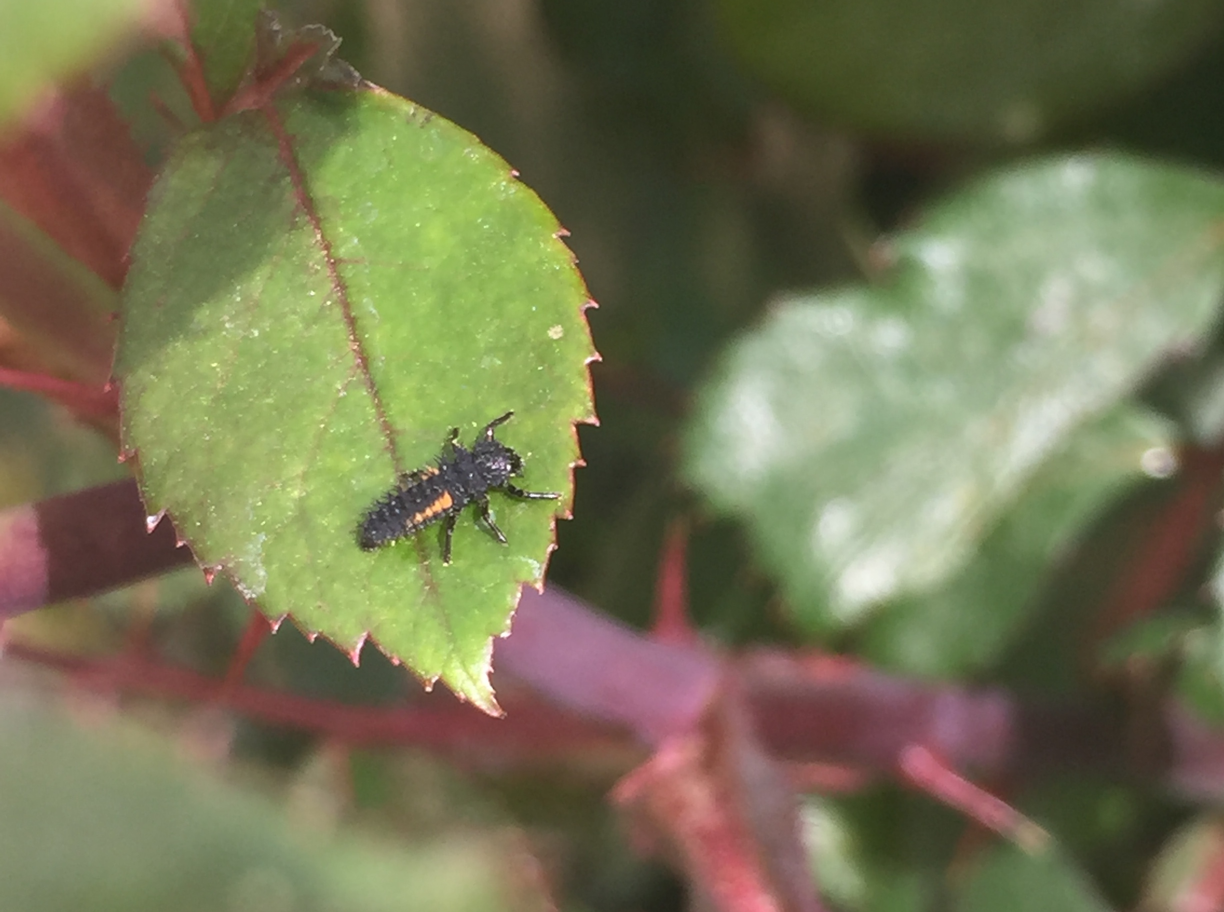 Ladybug Larvae – They will still eat aphids in this phase. They are larvae for about 2 to 4 weeks. If you see this larvae, don’t be afraid, be thankful. You’ll have an adult ladybug in about a month!

Lucky for me, they significantly reduced the aphid population in the greenhouse and even started reproducing in the gardens.  I have been thrilled to see Ladybug larvae crawling around these last few days.  Now that everything is in growth mode the aphids will be ready to attack the tender new leaves and buds, but my ladybug army will be there to defend the gardens.

No Replies to "Love for Ladybugs"

Please login and add some widgets to this widget area.