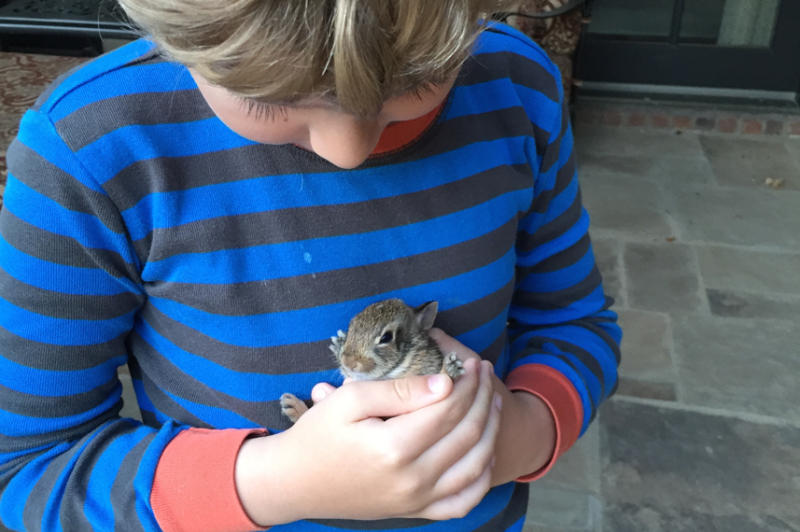 Some time ago, my sweet son found a little bunny. The bunny was laying in a crevice of a concrete drive. It looked distressed. And being a compassionate and somewhat curious eight-year-old boy, he snatched up the tiny little thing. Realizing quickly that it hadn’t been in distress, only a very deep sleep.

He tucked his new bunny in his folded-over t-shirt and held him tight, while riding his bike back home with the other hand.  He was convinced this little creature was his newest pet.  He made “Hopper” his newly named bunny, a cardboard home and brought lettuce and carrots for him to enjoy. It didn’t take long to realize that Hopper wasn’t going to be a house pet. So after a great deal of conversation, research and negotiation, I convinced Finn that Hopper needed to live outdoors. 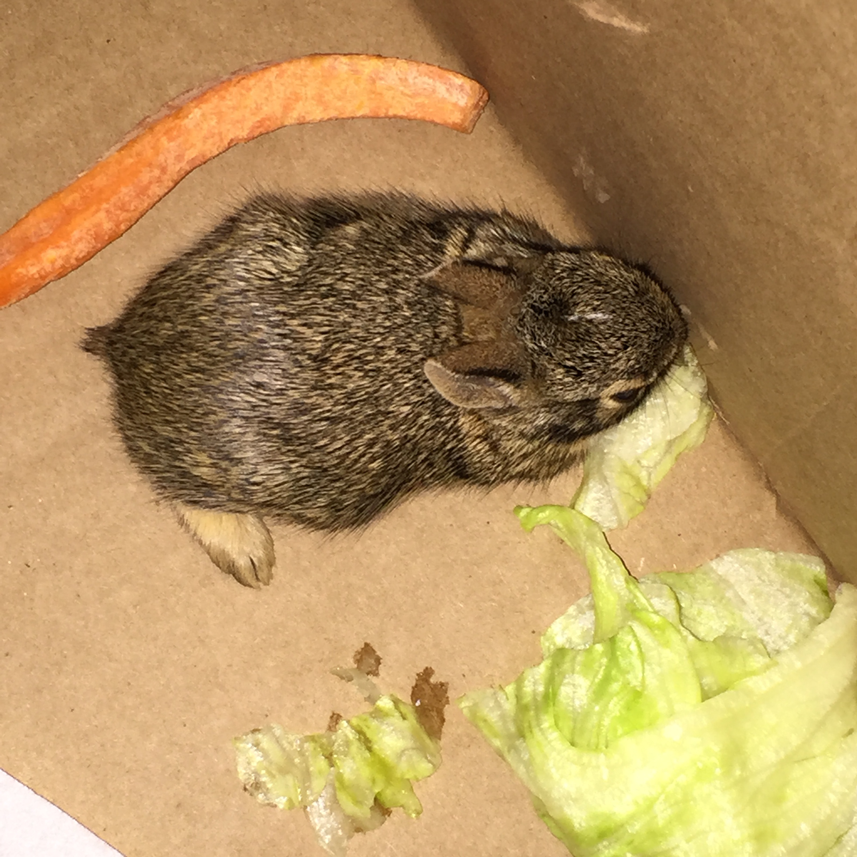 So we released Hopper, in a section of the garden that is protected from most predators due to an iron fence and is loaded with dense hostas, junipers, grasses and other foliage that provide further shelter. I wasn’t certain that this little bunny would make it, but it did. Hopper is now larger… and is seeking revenge for his abrupt deportation.

Here’s a video of Finn with his bunny the day we made the release.  This was the beginning of the garden woes, but it sure is a cute bunny and a cute kiddo, too! (Click the image to watch the sweet three minute clip.)

Hopper is usually hiding out, but occasionally I catch a glimpse of him. (Truth be told, we haven’t a clue if Hopper is a boy or a girl, but I’m hoping he’s a boy. I don’t care for any other little Hoppers to claim my yard.) Although, we don’t see Hopper often, he leaves a lot of evidence that he’s alive and well. Usually, it’s the milkweed or pentas that he’s mowed down, but he’s also especially fond of the gem drop echinchea. Oh, and one evening he tried to absolutely decimate the toad lilies. In fact after one night of total annihilation of the creeping phlox, I was quite convinced that the bunny had hosted a rave in the garden.

Unfortunately, we have no one to blame, but ourselves. We didn’t have any rabbit issues, until we invited this little creature into our yard and he’s only doing what rabbits do. So I can’t fault him. I love the pentas and enchincea, too.…so who can blame him for feasting on them. And remarkably, the milkweed that he mowed down a couple of weeks ago has thickened and came back nicely.

Let’s just hope that this bunny isn’t good at math.

No Replies to "Bunny's Revenge"

Please login and add some widgets to this widget area.